I was going to blog earlier this month, but like many people, I've been upset about the state of the world, especially in the U.S.

So before I share any updates about my life, I want to say...

The pandemic is far from over, especially in the United States.

I know Joe Biden is not as progressive as many of us would like, but I don't understand how anyone could possibly vote for someone else. People who do not vote for Biden in November will be directly attempting to sabotage the country, whether they understand this or not. All of the heartbreaking inequality in the U.S. will not improve with more years of Trump. That is the mildest way I can put it.

Some good things are happening in the world. On Friday, June 26th, my nephew Grant was born! I have two nephews now. Elliott, Grant's older brother, will turn four in August. It's crazy (in a good way) that my brother now has two children.

Later this summer, my new book will be available for pre-order. I will keep you posted. (Release date: September 15th) Thank you so much to Mark Leidner, Shaindel Beers, Anne Champion, and Daniel Handler (aka Lemony Snicket) for writing about the book!

"Meg Johnson’s third book of poems is a fierce, playful, unapologetic, and morally complex examination of life. The poems range from breezy to formally inventive, from serious-hilarious soliloquies about the vagaries of identity to psychologically insightful reports on the author’s own harrowing journey through womanhood and through illness. Without: Body, Name, Country is a deeply personal, brazenly satirical, and subtly political call to awakening. Those who enjoy memoir and poetry will find both forms seamlessly and searingly interwoven here."   —Mark Leidner


"Without: Body, Name, Country is a blazing manifesta for our current world. Meg Johnson battles “the beast of chronic pain,” and navigates her survival from a sometimes-fatal disease with a ferocity that has to be read to be believed. “Post images of empty landscapes as / if no one has survived,” one poem demands of the reader. But these poems will survive, long after we are gone, and I, for one, feel lucky to have shared the earth with them."   —Shaindel Beers

"To enter Meg Johnson’s poems in Without: Body, Name, Country is to enter a spiral staircase in a tower full of fun house mirrors: the language distorts the familiar into new but recognizable realities, sometimes wryly hilarious, sometimes hauntingly unsettling. The images in these poems will catch you like a trapeze artist, bending and contorting in wondrous ways. The poems explore the subject of girlhood: the speaker “is forever entering a room. Inhaling the cusp of capture.” In prose poems and free verse, Johnson excavates the topography of the body, of illness and anxiety, of politics and patriarchy, lamenting, “I guess I was supposed to be flattered because people said I was pretty. But it felt like a liability to me.” This liability of living in a body, gendered, fertilizes the landscape of all the imagery. Read this collection and marvel as different parts of you are “lighting up like a pin ball machine.”"  —Anne Champion

“I’ve known Meg Johnson’s work for a few years, but not until now did I realize she’s been sitting on a rickety folding chair in a corner of my buzzy brain, transcribing the flukey rants and loopy ferocities that all of us—all of us—are feeling right now slash all the time. Pick up this book and eat it, I mean love it, I mean eat it.”  —Daniel Handler

In early to mid June (somewhere around there), I wrapped up my baking spree. Here are the rest of my cookie pictures. 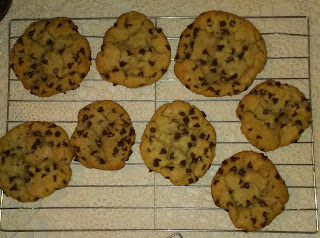 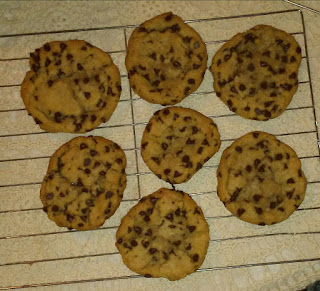 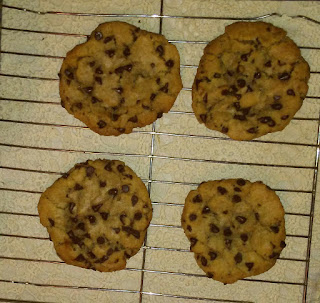 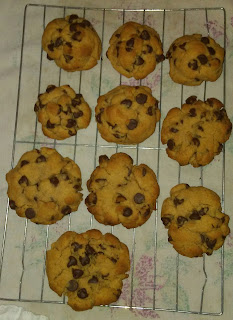 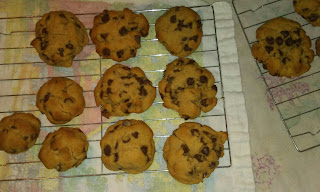 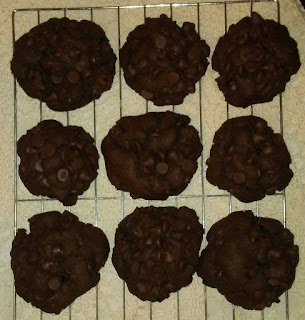 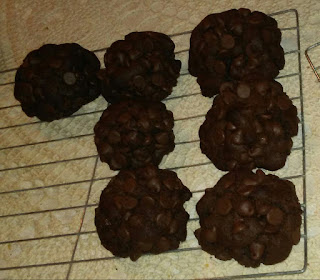 Yesterday I finished reading Followers by Megan Angelo. I would say it is sort of a dystopia. Disturbing things happen, but there are some darkly funny moments in the book. Sadly, reading this book during a pandemic with an awareness of real life violence makes the book seem less scary than it probably is. It held my interest though, and I'll read any books that Angelo publishes in the future.
Posted by Meg Johnson at 5:06 PM