Earlier this fall, Superstition Review asked me to write a guest post for their blog. I wrote about a lifelong love of makeup. You can read the piece here.
Posted by Meg Johnson at 12:28 PM

I just realized how late I am updating this blog with these poems.

A few weeks ago, I had two new poems published by Vending Machine Press. You can read them here.

I might be the last person on earth still updating a blogger/blogspot blog.
Posted by Meg Johnson at 11:16 PM

Be your own scary doll. 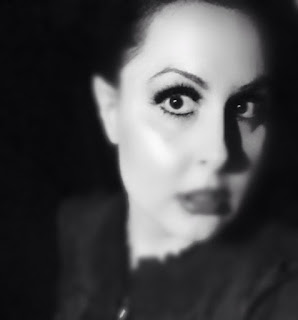 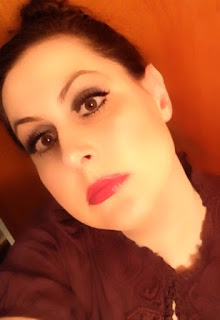 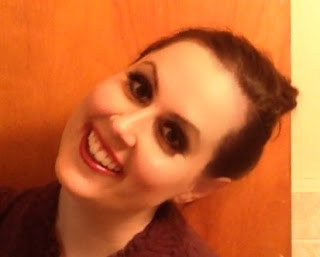 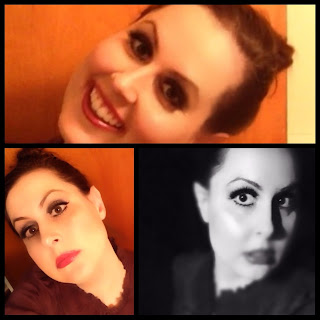 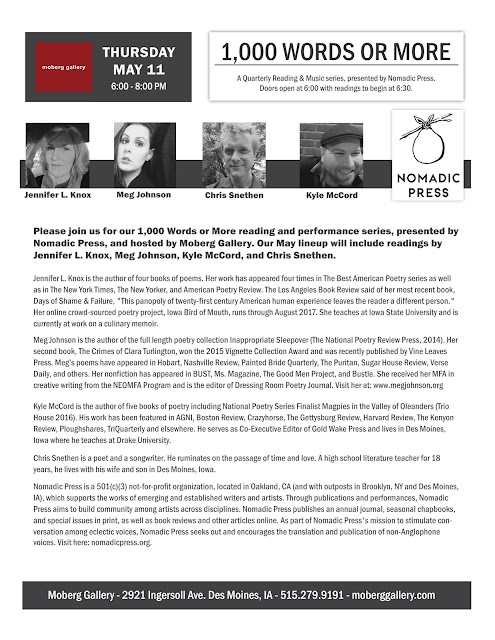 I had a new poem come out in April in Issue Ten of Print-Oriented Bastards. You can read it here.
Posted by Meg Johnson at 5:10 PM

I'm in this article about dance and fashion that came out in Racked on February 15th. It's a really fun piece.

Earlier in 2017, Vending Machine Press published some of my poems, and the journal now has a channel on dailymotion. You can watch me read my pieces from VMP here.
Posted by Meg Johnson at 8:59 PM

There is a new review of The Crimes of Clara Turlington out in the current issue of Red Paint Hill Poetry Journal! You can read it here.

On Inauguration Day, three new poems came out in Vending Machine Press. You can read the poems here.

Another poem of mine is forthcoming in the publication Print-Oriented Bastards.

Am I forgetting anything?

I'm working on new pieces so that's where my mind is right now.

Also... I've been walking around with a shocked look on my face since the election. I'll leave it at that.
Posted by Meg Johnson at 5:49 PM

This weekend I watched two documentaries about JT LeRoy. When I was growing up, I didn't hear about "his" breakout as a literary star, so I learned a lot of shocking information in one weekend. Author: The JT LeRoy Story is fairly sympathetic to Laura Albert, and The Cult of JT LeRoy is very critical of her. Both documentaries are fascinating on their own, but I definitely recommend watching them together.

In December I had new nonfiction come out in Bustle which you can read here. It's about late summer 2016.

On Sunday I am reading at Beaverdale Books. Here's the info:


Des Moines will host a Writers Resist Event on January 15,


Part of a Nationwide Movement to Reclaim Democracy


Des Moines, Iowa, January 4 2017 — What began with an idea on social media by a writer in Florida has spread across the nation to Iowa.  Writers from Des Moines, Iowa City and Cedar Rapids are joining together to host local events as part of  an international Writers Resist movement being held on the Birthday of Martin Luther King Jr. Writers across the nation and Europe will gather as part of a a “re-inauguration” of our shared commitment to the spirit of compassion, equality, free speech, and the fundamental ideals of democracy.

The Des Moines event will be held at Beaverdale Books located at 2629 Beaver Ave. from 1-4 p.m. on January 15, 2017. Writers will read from a selection of diverse writers’ voices that speak to the ideals of Democracy, compassion, and free expression. The event is free, and the public is encouraged to attend. Internationally published readers and speakers include:

There will also be an open mic with a five-minute limit.

In Cedar Rapids, the event will be held at Coe College’s Dows Fine Arts Center from 2-4:30 p.m., and at Iowa City’s Englert Theatre from 2-4 p.m.

Poet, and founder of the Writers Resist movement, Erin Belieu, grew increasingly concerned during the recent Presidential campaign over public cynicism and how disdain for truthfulness seems to have eroded democratic ideals. When asked why her initial outreach to fellow writers the day after the election seemed to elicit such a strong response, Belieu, who also co-founded VIDA: Women in Literary Arts, said, "Writers are acutely aware when the uses of language are empty.” She continued,

“Whether you live in a red or blue state, or another country that cares deeply about the American experiment, there is no more important battle than our right to truth.”